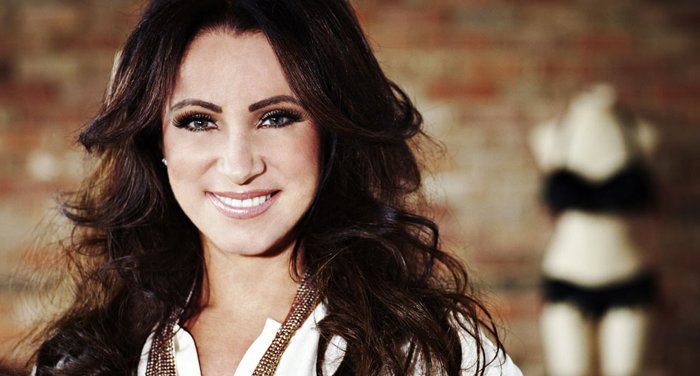 “Twitter is the new garden fence – and when it comes to my customers chatting about Ann Summers – I want to be a part of that conversation!”

Those are the words of Jacqueline Gold CBE, the CEO of the hugely successful Ann Summers retail chain.

Appointed CEO in 1993, she has overseen the transformation of the company into a multi-channel retailer with gross annual sales turnover of over £150 million, 138 UK & Ireland stores, 7,000 party planners, a thriving online business and numerous wholesale partnerships.

Jacqueline has also changed the face of retail and is known as the woman who ‘brought sex to the British High Street’. She has received many accolades, including being named Retail Week’s Most Powerful Woman in Business and Barclays Bank’s Most Inspirational Businesswoman in the UK.

I’m delighted she agreed to be interviewed for my Social CEO series!

Jacqueline, in this 2015 article you say, “Every business has a story and it’s about making sure you’re part of it. I have always engaged with the customer and my colleagues as much as possible. It’s the backbone of building trust and, before anything else, you have to build a trusted brand.”

You clearly believe that being part of the ‘Ann Summers story’ is integral in your role as CEO. You also see social media as playing a big part in this. Can you tell me a bit more about how you use social media (especially Twitter) and the role it plays in your position as CEO of Ann Summers?

Twitter is the new garden fence and when it comes to our customers chatting about Ann Summers, I want to be a part of that conversation! What I love about Twitter is that it gives me such a great opportunity to hear directly from customers and employees; I love being able to have such an open and instant dialogue with them.

“Twitter is the new garden fence and when it comes to my customers chatting about Ann Summers I want to be a part of that conversation!”

I’ve always made sure that listening to our customers is a huge part of what we do as a business and Twitter offers the most instant feedback and insight in to what they like and don’t like and what they want from us. I believe that all CEOs should really consider being on Twitter – why wouldn’t you want that direct interaction with your customer?

Who is your main audience on Twitter? Is it customers, others in the retail industry, employees – or a combination of all of those?

I try and keep my Twitter feed varied. Of course the brand is really important, but I don’t want to be seen as just ‘selling’ to my followers or promoting our newest product launch, although of course this is very important.

I try and ensure that I share a variety of content that gives an insight in to all the different roles I play – CEO, mummy, retailer, government advisor, friend, wife and, of course West Ham fan too!

“I believe that all CEOs should really consider being on Twitter – why wouldn’t you want that direct interaction with your customer?“

You must receive a lot of tweets and it must be impossible to respond to them all. How do you manage that side of things? Do you try to respond to some?

I try to reply to as many as I can but as you’ve said, there are a lot and if I replied to them all I wouldn’t do much else! I try to retweet where I can and I will also try and reply to several people in one tweet if I have been asked a similar question – for example when people are seeking business advice.

If you could give advice to other CEOs who are reluctant to use Twitter, what would it be?

I would say to join Twitter and that it’s OK if you lurk for a while and don’t tweet yourself. Follow different accounts and get a feel for how it works and, once you are comfortable with it, start tweeting yourself. The first tweet is always the hardest but from then on it comes pretty easily!

Do you think it’s easier for a consumer brand CEO to justify using social media than, say, the CEO of a B2B packaging company or a pharmaceutical multinational? Are the rules the same?

It’s about being interesting, engaging and giving an insight into your brand – and this shouldn’t matter if you are a consumer or B2B brand. I’m sure that every business has a story to tell and using Twitter to tell it is a great way to engage lots of people quickly. It’s also about making the content relevant to your audience – what do your followers want to hear from you and how can you give that to them?

We work closely together and I will always make sure that I share a good amount of brand content – and the brand account will do the same with mine. As we have different aims and audiences we do have to vary what we do and that works well, this means the same person can follow us both and get a good variety of content. The brand will also be able to extend itself on to other channels, such as Instagram, which isn’t a channel that I think is right for me as CEO.

You’ve been doing your weekly #WOW (Women on Wednesday) Twitter competition for a few years now. Tell me a bit more about it: how did it come about, what is its main aim, what are the benefits of being nominated, and have you seen any of the women taking part go on to build successful careers?

I launched WOW as I noticed that I was being followed on Twitter by lots of female entrepreneurs who were running fantastic businesses and keen for advice and a place to network with other similar businesses. No one on Twitter seemed to be supporting or promoting these great female entrepreneurs and I felt that I could create something really special that would put a spotlight on these amazing women.

We launched WOW five years ago and receive hundreds of entries each week. The mechanism of the competition is for female entrepreneurs to tweet me between 1pm and 3pm on a Wednesday with details of their business. I will then review the entries and select the top three from that week based on the businesses that I believe are most viable, unique and show real potential. These three are then announced as winners for that week, profiled by me, given a #WOW badge to display on their website, access to the #WOW community network and the opportunity to be an overall annual winner.

The businesses that enter are of such a high calibre and every week it becomes harder and harder to pick just three! I love how every week I am introduced to so many fabulous businesses, many of which grow to achieve great success. Have a look at my website to read about the annual WOW winners from the last few years.

As your primary customer base is women aged 18-25, are you considering signing up for Snapchat any time soon?

I think I’ll leave Snapchat to our brand team. I know Ann Summers is there and having a great time, and you never know – I may make a special appearance at some point!

Finally, do you do have any advice you’d like to share with female entrepreneurs (young, old or in between) just starting out?

Believe in yourself and your idea and have the confidence to push yourself forward, don’t be afraid of rejection and be proud of yourself. Never stop listening to your customer – it sounds so simple but too many businesses stop listening and that’s when things can go wrong.

Network as much as you can, share your highs and lows with other entrepreneurs and don’t be afraid to ask for advice. And if you can, find yourself a mentor who can help keep you focused and be that sounding board that’s so vital when you are in business.

I’d really like to thank Jacqueline for taking part in this interview. I’d like to finish off with this quote:

“My mission was to empower women in the bedroom. Now I want to empower them in the boardroom.”