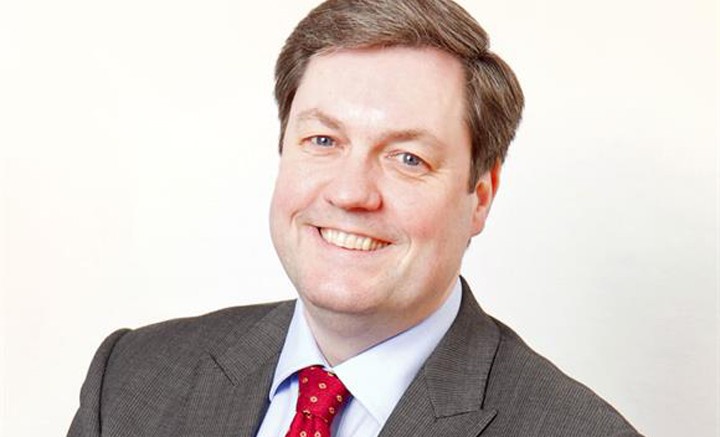 This week’s Social CEO is Mark Flannagan, CEO of Beating Bowel Cancer, a support and campaigning charity for everyone affected by bowel cancer. Mark is a wonderful example of the power of social leadership – his use of Twitter demonstrates the vital role it plays in bringing bowel cancer to the attention of the public while also championing the work of the charity.

How important is it for you, as the CEO of a charity, to be visible and active on Twitter?

It’s extremely important. Twitter is a fantastic platform to engage directly with patients, families, supporters and influencers. Whilst the CEO shouldn’t try and replace the work of some charity staff – such as nurses and advisors – it’s important for the CEO to visibly demonstrate the value of the charity via Twitter. They can use Twitter to listen to supporters as well as communicate about the charity’s work and aims.

As an incoming cancer charity CEO I found that Twitter was also a very quick way of establishing direct lines of communications with our supporters – including severely ill bowel cancer patients. My relationships with many individuals, indeed many friendships, have developed through contact initiated on Twitter.

“It’s important for the CEO to visibly demonstrate the value of the charity via Twitter. They can use Twitter to listen to supporters as well as communicate about the charity’s work and aims.”

Twitter is also very valuable for reaching out to colleagues in the charity sector and opinion formers elsewhere. You can start and respond to ideas and debates. You can highlight key issues in a focused way. I have then gone on to have many face-to-face meetings of great value as a result of an “introduction” via Twitter.

It’s important for people to see that we have personalities too! I share appropriate personal stories and activities – I’m not just a corporate face. People appreciate seeing the real me and the person behind the account.

“Twitter is a fantastic platform to engage directly with patients, families, supporters and influencers.”

Using the app on your mobile makes it much easier to fit it into a busy day. It can even be just taking a look and interacting whilst on the train between meetings. I try and be there at all times; being a charity CEO isn’t a 9 to 5 job and Twitter shouldn’t be either. It’s important to respond when things happen. I celebrate Twitter’s diversity and you get many points of view – just remember to always be polite!

No. This is my personal account. I am responsible for it. I tweet whenever I can, holidays included.

Do you respond to tweets from members of the public?

Yes, that’s the whole raison d’etre. I don’t seek to replace our own internal experts but I am very happy to engage with people positively. We have a big issue – bowel cancer – that affects many people. Every contact is important.

Some people say interacting with people on Twitter isn’t a CEO’s job. What would you say to them?

It’s a CEO’s job and it is one of the most valuable methods available to stay in touch with a significant audience. A CEO’s role is to spread the word about the work of the charity and Twitter is a great way of doing that.

“You can’t ignore Twitter. It has to be part of what you do and who you are.”

What part does your personal blog (markflannagan.blogspot.co.uk) play in your role as CEO?

The blog has helped explain why I fundraise for Beating Bowel Cancer through participation in cycling challenges. I started cycling in 2014 specifically to raise money and the blog coincides with this. I occasionally also use it to say things about bowel cancer policy that our supporters will find of interest.

How important is social media in the charity’s communications, fundraising and branding activities?

Vital. Charities should seek to be available everywhere for their supporters. Social media is essential for Beating Bowel Cancer in creating communities, listening to individuals and reaching out to help everyone affected by bowel cancer.

“Twitter is empowering, life affirming and will lead to unexpected benefits.”

I see you have a background in communications and campaigning. How has that impacted on how you behave as a ‘social CEO’?

I hope so. Mainly because I’m used to being “on call at all times” and I also respect and understand that my views and tweets can never be personal. I represent the charity and our shared cause.

Do it! It is empowering, life affirming and will lead to unexpected benefits. You can’t ignore Twitter. It has to be part of what you do and who you are.

“You can’t ignore Twitter. It has to be part of what you do and who you are.” That quote from Mark perfectly sums up how important social media has become for leaders in 2016 – especially leaders of organizations that are public-facing, whether they be charities, pressure groups or consumer brands.

Having a visible, vocal and approachable CEO can make all the difference in whether stakeholders, volunteers or customers donate to, work with or buy from your organization. Based on that alone, the decision to ‘go social’ should be a no-brainer.