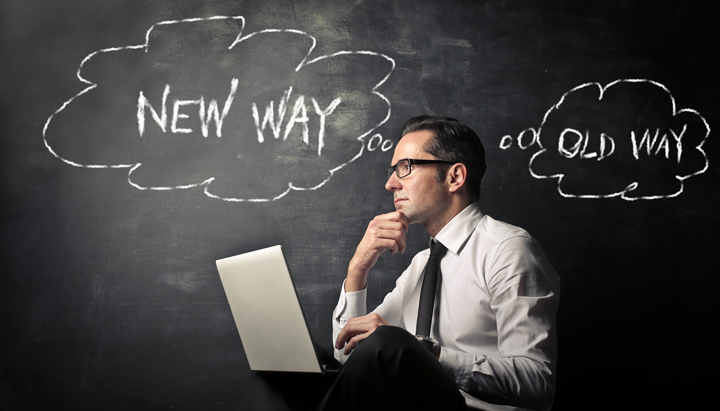 I had an interesting Twitter chat with the General Manager of an oil company recently. He was taking his first ‘baby steps’ in social media and was keen to explain why he was doing it.

“I want to get a head start on the competition by embracing social media now.”

What a great explanation. I jotted it down in my notebook, filed under ‘possible blog posts’.

Unfortunately, most business leaders still don’t get social media. They treat it as a distraction – something kids do. They don’t look beyond the hype to see the enormous business opportunities it offers.

The General Manager above is ahead of his time. Seriously, he is. He’s that rare breed of leader – what @JimClaussen calls a ‘Blue Unicorn’ – who has, metaphorically, moved from the corner office into the lobby. By relocating, he can now see his customers, partners, employees and competitors come and go; he can hear their conversations, their gripes, their needs, their aspirations. You don’t get that kind of exposure if you’re locked away from the real world with an executive assistant guarding the door (and your e-mail).

A social leader is someone who has, metaphorically, moved from the corner office into the lobby

Not enough leaders understand this. They assume they’re somehow unique, that their ideas are more valid than anyone else’s. They work harder, for longer hours, so they know best. No – they don’t know best. Not any more.

Today’s most effective leaders throw open the door and listen to buzz around them. Don’t get me wrong – they need to have filters in place, but they still need to listen. Social media has changed everything – and those leaders who start tapping into it now will reap the benefit.

But take note, establishing a presence on social media – and I don’t just mean LinkedIn – that’s a given – I’m talking about Twitter and other platforms, takes time. Time to find the right people to follow. Time to build up a following. Time to find your voice. Time to see the benefits. So don’t put it off – start now.

Stealing a march on the competition is what you, as a leader, try to do in every other aspect of business – so why not with the biggest revolution to happen in business communication since the invention of the telegraph?

I’ll finish with a quote from Stephen Kelly, CEO of The Sage Group plc, who is further along the social media journey than most leaders. Where did I get the quote? Directly from him, on Twitter:

“Social is vital to me to engage with customers, partners & colleagues.”

Simple. It’s about leaving the corner office, stepping into the lobby, and engaging with the people that affect your business: your customers, partners and colleagues. The effect can be exhilarating.