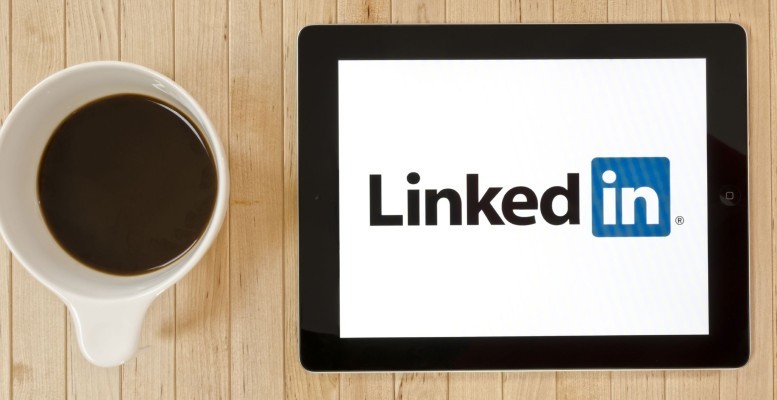 Perhaps I should clarify that. LinkedIn is of course a social network – it’s one of the oldest ones in fact. But is it really social?

I’m looking at it from the perspective of business leaders and CEOs. If there’s one social network they all join, it’s LinkedIn. It’s almost obligatory these days. Not only is it an online resume – for many (especially in the B2B environment), it’s their only online presence.

The majority of leaders who create  a LinkedIn profile do just that. They create a profile and do no more. Sure, they may join a few groups, connect with their colleagues and a few customers – but very few actually interact in a meaningful way.

To me, this is not social media. It’s certainly not social networking. It’s About.me with bells on. Social media is all about interaction. Survey after survey claim that “X% of CEOs are now social”. Most of these statistics are bullshit, as most CEOs are not social – they’re on LinkedIn.

Now, to those CEOs and other CXOs who use LinkedIn to actually network and engage with people – I take my hat off to you. You are the brave minority who actually see value in interaction for the sake of it.

But even for those leaders who do try to interact on LinkedIn, the exchanges are slow and clunky. There’s no real immediacy to it. If you’re a leader who really wants to be social – to network – then there’s no better platform than Twitter.

Twitter offers an immediacy and freshness that LinkedIn simply cannot provide. Depending on who you follow, Twitter allows you to see, in real time, people’s thoughts, ideas, suggestions, insights, frustrations and anger. And, if you’re really lucky – you’ll see their Eureka Moments. Those flashes of inspiration that they just have to share with their followers. It can be exhilarating and inspiring and, of course, can be the spark of inspiration for you. Right there, at that moment, on Twitter. There’s no other social network that offers that kind of experience.

Twitter offers an immediacy that LinkedIn can’t provide. You can see, in real time, people’s thoughts, ideas, suggestions, insights, frustrations and anger. And, if you’re lucky, their Eureka Moments.

As a leader, time is limited – we all know that. But dipping in and out of Twitter isn’t a time-consuming process. You can jump into the flow of information that Dionne Lew describes as the ‘global brain’ for a just few minutes. If you see something you like, just save it for later. You can categorize people into lists, so you just see what those individuals are saying at any moment in time. You don’t even need to be following the people on your lists. You don’t have to follow anybody if you don’t want to. You can make your account private so no-one can follow you – and just lurk. But’s that’s not social and that’s not what I recommend. It’s far better to dive in head first and experience the whirlwind that is Twitter.

So, as the global brain, what else does Twitter offer? As I said in a previous post, Twitter is like networking on steroids. It allows you to listen, build communities, build your personal brand, gain market knowledge, assess risks and scan the horizon. Think of any industry trend and it’s already being discussed on Twitter. Think of any industry expert and he or she is probably also on Twitter. This offers a real competitive advantage – the competitive advantage of being a leader that is tuned in to the digital conversations taking place all around them, 24/7. You can’t put an ROI on that.

Twitter allows you to listen, build communities, build your personal brand, gain market knowledge, assess risks and scan the horizon. You can’t put an ROI on that.

So, have your LinkedIn profile (we all have one) but don’t leave it at that. Do more. Be more. Experience more. Learn more. That’s what social networking (and Twitter) is all about.