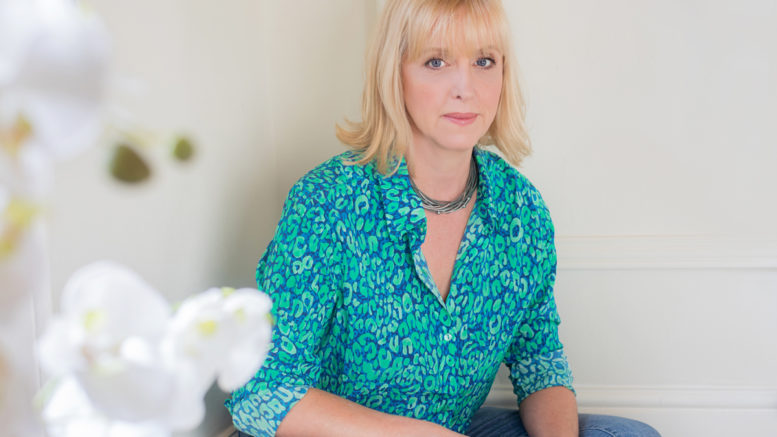 In my latest #SocialCEO interview I speak to Sarah Walker-Smith, CEO of British law firm Shakespeare Martineau. Sarah is the first female non-lawyer to lead a major British law firm. In fact, she is now the only non-lawyer to hold such a position. Oh – and she wrote a musical for fun, after first teaching herself to read and write music. Born and raised on a council estate by her mother, Sarah refuses to see herself as an example of ‘social mobility’.

Damian Corbet: Sarah, how long have you been using Twitter and why did you originally sign up?

Sarah Walker-Smith: I joined Twitter in around 2009 largely because I thought I was missing out from a business perspective – prior to that I had been using social media largely for family and theatre (my hobby) purposes.

DC: As a CEO, what do you get out of Twitter – and social media generally?

SWS: Obvious really, but it keeps me connected. It’s definitely a two-way thing in that I read at least as much as I share. It’s also my main source of news as I’m signed up to many national and local newspaper sites and business and other publications. I’m a bit of a management and leadership geek, so I like articles which enhance my knowledge and understanding or challenge my thinking.

DC: In our always-on, socially connected age, how important do you think it is for CEOs to engage via social media?

SWS: It’s a core part of the job. (See my answer below on the needs of today’s CEO)

DC: What do you think are the main benefits of being a ‘social CEO’?

SWS: It’s a people job – we need to engage with people across all types of channels. I also think a CEO is the flag-bearer of the brand, so the evolving digital channels give wide and varied opportunities to achieve that.

DC: Who do you see as your main audience on social media?

SWS: Opinion formers, clients and employees (current, past and future). In other words, people with shared interests, objectives and values.

“Authenticity, building trust and the need to be able to connect to an increasingly wide range of people and differing mindsets is becoming the heart of a CEO role”

DC: As the CEO of a legal firm, what specific things do you find social media helps with?

SWS: Better understanding of the market, spotting opportunities and recruitment

DC: How do you think your active social media presence helps the firm?

DC: I’ve noticed you often speak out about politics on Twitter. I admire this, but do you ever worry that this may affect your relationships with clients or employees who may not share your political views?

SWS: don’t worry actually. I think the vast majority of people respect openness and honesty, whether we all agree with each other’s views or not. Healthy disagreements and varying opinions are the lifeblood of a thriving society and community and we should not be afraid to challenge or disagree – personally, this is how I learn.

As long as political and other opinions are shared respectfully and constructively, I don’t see it as an issue. Authenticity is important as a leader… it’s hard to be authentic if you are holding back your values and beliefs. I see myself as politically agnostic actually, but I do feel sometimes compelled to speak out when something goes against my values – especially the behaviors I believe our leaders should exhibit around inclusiveness and tolerance and creation of a positive but honest dialogue.

DC: A lot of chief executives are scared stiff of using Twitter and of ‘saying the wrong thing’. You, on the other hand, not only seem to embrace it, but appear unafraid of speaking your mind (as mentioned above regarding politics). Are these CEOs worrying too much, or does it depend on the sector they operate in?

SWS: CEOs are first and foremost human beings – I think we need to give people credit that they realize that and like to see that humanity, not stock phrases and heavily edited copy. Clearly, we always need to be aware of commercial and other sensitivities in what we say (and I appreciate that in some sectors there is a regulatory burden too) but I believe honesty and openness go a long way.

DC: What are the biggest challenges (and opportunities) for senior leaders (in any sector) to tap into social media?

SWS: Time and focus. You could literally lose days on it. Know what your key messages are and dedicate some focused time each day to it, but don’t get sucked in further than the benefit to you and your organization. It’s even better if you use otherwise ‘dead’ time, like commuting or while having breakfast. Some leaders employ others to do it, but if you are trying to build an authentic brand by reaching out to others, I don’t advise this. That’s just PR. Great use of social media is about connection – that means you!

“More than ever, we need authentic, tolerant, decisive, visionary and inclusive leadership for everyone’s benefit”

DC: More broadly, how do you think the role of the leaders has changed/will have to change as social media becomes more ingrained in society?

SWS: Authenticity, building trust and the need to be able to connect to an increasingly wide range of people and differing mindsets is becoming the heart of a CEO role. This is in part because of social media, but also because of the need for greater direction and hope in an increasingly fast paced and volatile world. This is flying up the agenda, even above the traditional prerequisites of strategy, commerciality and vision – quite simply we need to be able to do it all!

DC: If you could give advice to other CEOs who are reluctant to embrace social media, what would it be?

SWS: Start small, read more than you post, be yourself – and if you’re unsure, get someone to read your posts first. Be brave.

DC: Do you ever face any criticism, personal attacks or trolling on Twitter? If so, how do you deal with it?

SWS: I’ve received some – like many people who are willing to share their views. Healthy and constructive challenge is welcome, but for those who are less respectful, I usually feel empathy for them and wish I could help with whatever problems are causing their behavior.  At first I tried to engage and see if I could help reframe their issues or negativity, but I soon released this doesn’t really work as it’s hard to connect on a personal level in a tweet!

The best policy is to ignore them or graciously thank them for their thoughts. However, I do find it very sad that people are angry, alone and/or bitter enough to troll. I know other leaders who have been incredibly upset by it, but we have to remember it’s not personal – it’s more about the person doing it than us.

DC: As a female CEO of a law firm – and as someone who is not a lawyer – did you ever face any challenges, push-back from colleagues/employees or even outright sexism?

SWS: Thankfully, I don’t have this problem now, but I have in the past. I’m able to say now how grateful I am for it as it’s made me stronger and even more determined to do the right thing for others. I have a really simple philosophy that we are all individuals trying to do our best – we shouldn’t put people in ANY boxes on ANY basis, let alone their gender and or what qualification they have.

DC: Tell me a bit about the musical you wrote. What inspired you to take on such a gargantuan challenge while holding down a full-time job?

SWS: It didn’t feel like a gargantuan task – not until afterwards actually! I wanted to prove I could do it, and I had such a clear vision in my head that I needed to find a way of bringing it to life. I refused to let an obstacle of not being able to read and write music stop me, but when I look back I must have been mad – but we did it!

DC: I know that your own childhood and upbringing was not easy, having grown up with a single mum on a council estate. How did this upbringing affect you? Did it help to drive you to succeed even more?

SWS: For me it was entirely normal – I wouldn’t think of it as difficult as I didn’t know any different, so I don’t think it drove me more. The drive comes from simply wanting to fulfil my potential and pave the way for others to follow, and from a desire to create things. It has always been there. I didn’t ever think I was less advantaged or less privileged than anyone else (I still don’t). I remember speaking a few years ago at a leadership conference and when I came off the stage someone said what a great social mobility example I was… it had never even occurred to me. It’s interesting when I speak to others with similar backgrounds – many of them say the same thing too.

DC: Do you have a message for any other aspiring female leaders out there?

SWS: I have a message for aspiring leaders (not just female ones). Know your purpose, values and strengths and simply be you – nine times out of ten it works – and learn from the one time it doesn’t. More than ever, we need authentic, tolerant, decisive, visionary and inclusive leadership for everyone’s benefit. Be brave and do your bit to create a bigger wave of change for the better.