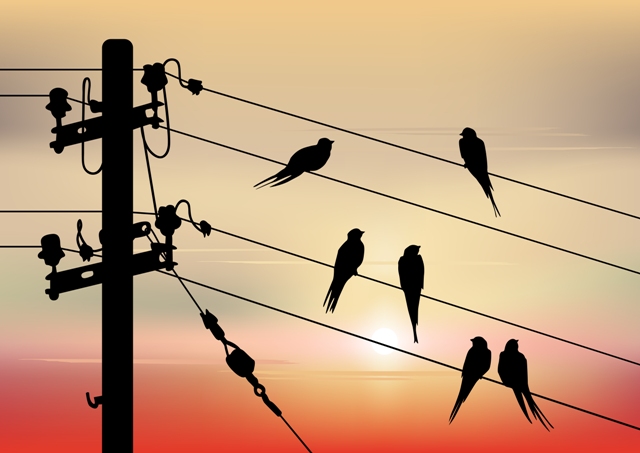 Twitter is one of the most powerful networking tools ever invented. That may sound like an exaggeration, but I’ll try and prove it.

Before diving in, here’s a very brief explanation of what Twitter isn’t.

The same goes for Twitter. Sure, there are people who use it to tell their followers what they had for lunch, or what film they saw on TV last night, but you don’t have to follow them. Anyway – they’re increasingly becoming are a minority. Most people use Twitter to communicate and share useful information. In that way it’s no different from any other communication medium.

But hang on. Didn’t I just say it’s one of the most powerful networking tools ever? I did. So, Twitter isn’t just like e-mail, or the internet, or the phone. It’s better.

Why? The first and, in my humble opinion, most compelling reason, is because it allows one-to-one (or one-to-many) communication with people who have opted in. Those two words are very, very important, so I’ll say them again. People opt in to Twitter. They want to be there. Not only that – they want to be contacted.

Just think about that for a minute.

Imagine any industry or profession. Imagine yours. Now think about influential people in your field that you’d like to have one-to-one contact with. Their e-mails addresses may be guarded by their executive assistants, as are their phone numbers.

People set up Twitter accounts as individuals and they manage the account themselves. It’s their account. They are the ones who login in the morning and read their tweets. Not their aides (unless it’s Barack Obama or David Cameron). That’s a crucial point.

Who would you like to contact, right now, and get a quick response from? The CEO of a company? An industry analyst? A sports commentator? A journalist? Chances are they’re already on Twitter.

That’s the thing. While a lot of people think Twitter is used by spotty kids in their bedrooms (forget it, they’re all on Snapchat) Twitter is actually the domain for ABC1s. It’s where the smart people hang out. (Not all of them are mature, but most are educated and articulate). OK, maybe not all CEOs are on Twitter (yet) but in time most of them will be. It’s inevitable.

The beauty of Twitter is that, not only can you directly contact individuals who have made themselves available, your ideas and comments can also be read by everyone following you (if you want them to; if not, you can send private messages, just like e-mail). So, the more followers you have, the greater the numbers of people are exposed to your ideas and questions. And they can then share these with their followers, amplifying your voice.

So, let’s move on from questions like: “What’s the ROI of using Twitter?” or “How can we evaluate Twitter’s usefulness to our organization?” You may as well ask: “How can I evaluate the networking I do at a trade show?” or “Can I measure the ROI of the time I spent having dinner with that group of investors?” You can’t measure it. But you sure as hell do those things. It’s called networking. Nothing complicated, but highly valuable.

Think of Twitter in the same way. It’s simply another form a networking. Actually, it’s not just another form of networking; it’s the KING of networking. It’s uber-networking for busy business people who don’t have the time to attend long lunches or boring seminars. It’s something you can do on your laptop or your iPhone. You can do it in the office or at home, in the airport or on the train. It’s immediate.

At the touch of a button you can be in instant contact with just about anyone you want to.

Now for some provisos. Come on, nothing’s perfect – there are always some ‘buts’! (But not that many when it comes to Twitter).

Firstly, not everyone you contact on Twitter will respond. Not at first, anyway. Like anything, you have to approach them in the right way and not be too pushy. The higher up the food chain someone is, and the more followers they have, the louder you have to shout (or perhaps the subtler you have to be). Offer real value and insight and they’ll listen.

Secondly, building up a following on Twitter takes time. It won’t happen overnight (unless you’re a celebrity). The more you share and interact, the more followers you’ll get. You can also promote tweets occasionally to pick up targeted followers – but be careful with that approach.

Thirdly (and directly related to the point above) if you decide to go on Twitter, to have to really take ownership of the account. Assuming you want to communicate and network, then it’s best not to let it become a ‘departmental’ Twitter account. You should set it up and run it. It can be a business account, but unless an individual is using it to make contacts and ask questions, it will quickly become apparent to other Twitter users that it’s a ‘corporate’ account and not worth following. In that way it should be treated as an e-mail account, but one that is yours and yours alone.

I have a lot of experience using Twitter, both for business and for some of my own particular interests. I can confirm that it’s opened up a whole new world of possibilities and prospects to me in a very short time.

Go on and try it – you may be surprised by the results.