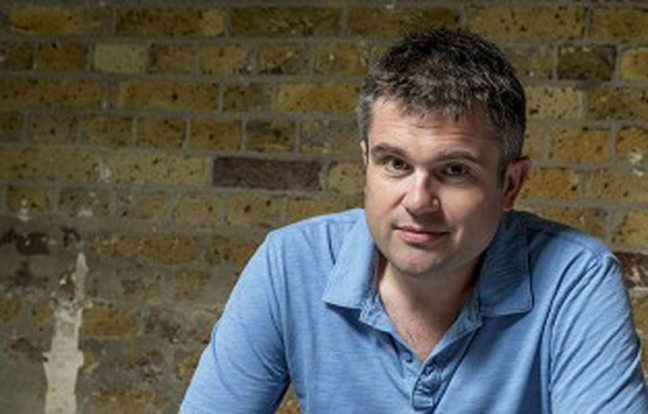 I recently interviewed Friends of the Earth’s CEO Craig Bennett about social media. An essential part of his own leadership ‘toolbox’, Craig also sees social media as indispensable for all 21st Century leaders.

As CEO of Friends of the Earth, is being on social media (especially Twitter) a ‘no brainer’?

Yes! People have always been at the heart of Friends of the Earth and are crucial to the way we bring about change. The clue is in our name: we are the place where people come together to take action on the environment, from the local to the global, and all sorts of communities and networks in between. So social media is very important for us as a way to have conversations with people, share experiences and perspectives. I find it hard to imagine now how we managed before.

How do you think your very visible position on Twitter enhances the charity’s existing communications and fundraising activities?

There’s plenty of evidence that people don’t relate particularly well to faceless corporate monoliths. They want to see and get to know a bit about the people behind the scenes — that’s particularly the case for charities, where values and personality really matter. Social media provide me, and all my staff, with the ability to share experiences and perspectives that wouldn’t make it into more central, corporate communications. It also means that supporters interested in a particular campaign or policy perspective can follow and discuss details with the most relevant campaigners. This is something that was hard to offer before social media.

Apart from raising the profile of Friends of the Earth, what do you personally get out of using social media?

Twitter is now where I tend to hear news stories first; it also provides me with insights and perspectives that I just don’t get from traditional media — that’s very important for an organisation seeking to shape news and debate. But it also provides me with a sort of focus group; I often try ideas and messages out on social media before using them in speeches or in broadcast media, and get a sense of what works and what doesn’t. Similarly, when I do radio or TV interviews, social media provides me with instant reaction — good or bad! Finally, social media is one of the best ways of giving me an overview on what my staff are up to (in a good way, not in a creepy way) and perhaps most importantly, to hear about the work of Friends of the Earth Local Groups, most of who have social media accounts, and other Friends of the Earth groups around the world. More broadly, how do you think the role of leaders has changed/will have to keep changing as the world becomes more digitally connected?

For me, leadership is all about leading people to do something they wouldn’t otherwise do. Leaders need the best possible overview and synthesis of information to make strategic decisions, and the ability to probe or search for more information where required. Digital makes this easier than ever before, but it is also important to know when to stop searching and skimming, and to focus instead on one thing in greater depth. Sometimes, that means going offline in every sense of the phrase, to focus, stop and think. But, in a 24/7 news and digital environment, leaders also need to be available to shape and respond to developing situations. Getting that balance right, and more to the point — using one to strengthen the other — is already an important skill for leadership in 21st Century but will become ever more so.

“In a 24/7 news and digital environment, leaders need to be available to shape and respond to developing situations”

Yes, quite a lot of people hear about job vacancies via Twitter first and then go to our relevant job sites for more detailed information. The Friends of the Earth and my own personal LinkedIn profiles are also very important ways of reaching people. But we still advertise vacancies widely. In an attempt to make Friends of the Earth more diverse, we are making a particular effort to reach out to potential candidates from the BME community at the moment and this illustrates both the strengths and weaknesses of social media for recruitment; our own social media channels can be too self-selecting, but partnering with social media channels that exist to support specific communities is a great way or diversifying our reach.

Do you find Twitter more useful for sharing information or for interacting with people — or a combination of both?

Anyone that is using Twitter just to share information isn’t using it right. It’s a tool for conversation, not (just) broadcast — and that’s the beauty of Twitter.

Some people say being on Twitter isn’t a CEO’s job. What would you say to them?

Surely some of the most important parts of a CEO’s job are talking and listening to people, keeping on top of information and representing the organisation in the outside world? Social media is an excellent (and time efficient) way of doing all those things. It has its limitations, of course, and so it would be wrong to only perform those functions via Twitter, but I personally can’t imagine doing the CEO job without social media now.

“Some of the most important parts of a CEO’s job are talking and listening to people, keeping on top of information and representing the organisation in the outside world. I personally can’t imagine doing the CEO job without social media now”

If you could give advice to other CEOs about using social media what would it be?

Don’t be too ‘corporate’. Be true to your own — or your organisation’s — personality. Be social, and use it to break down the distance between yourself and your supporters (or customers) to get to know them better — and vice versa (something most CEOs are desperate for).

What role does the blog on the Friends of the Earth website play in campaigning?

We’re very aware that the blogs tend to preach to the converted, but there will always be a role for that. As any organisation tries to reach out to new audiences, it’s important not to neglect core audiences hungry for more information and detail, and to hear back from them. Blogs are great for doing just that.

“Don’t be too ‘corporate’. Be true to your own — or your organisation’s — personality”

Do you use any other social networks (for either business or personal use)?

At the moment, I’m just using Twitter and LinkedIn for work, and Facebook for personal use (although the lines sometimes blur). But I’m planning to invest some time on other social networks in the coming months. I guess Instagram will probably be the next one, but all recommendations welcome!

Many thanks to Craig for his insights and advice. I think and CEO – charity or otherwise – could learn a lot from what Crag has to say.