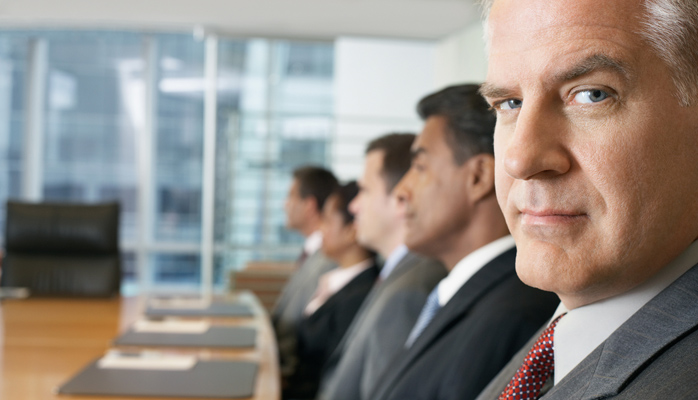 We’re finally getting over the hype generated by marketing departments worldwide. They viewed social networks as a wonderful new way to ‘engage’ with prospective customers. Unfortunately, most of this engagement involved one-way broadcasting with little understanding of the subtleties of interaction. No wonder ROI wasn’t forthcoming. I’m sure more than a few CMOs’ heads have rolled as a result.

Now it’s time for businesses to start using social networks in the way they’re meant to be used – to network. The clue’s in the name, dumbo.

When it comes to networking, there’s probably no better place to start than with the CEO, the boardroom and the rest of the C-Suite. These folks are in charge. They set strategy. They need to see what’s around the corner. Big, expensive market reports from well-known business consultancies is one way to go. Another way is Twitter.

Seriously? Sure, why not. Twitter is the world on a screen. Everything you need to know or want to know (or don’t want to know) happens first on Twitter. Then it rolls out to the business newswires and news websites. Finally it filters down to the planners and experts and creators of expensive reports.

If you think about it, it makes a lot of sense for the CEO or the CFO or any other CXO to be on Twitter. They don’t need to interact, but they should at least be listening to what’s happening – in real time – in their industries.

I understand that Twitter is scary and new to many of the older generation. Heck – it’s alien to many young people too. But that’s no reason not to use it. There’s plenty of help out there to get you started and show you the ins and out of hashtags, retweets and favorites.

One of the beauties of Twitter is the amazing array of free stuff that makes it even easier to use. One of my favorites is TweetDeck. Now owned by Twitter, it’s basically a dashboard that allows you to set up columns for keywords (hashtags), people, alerts, etc. It’s your own, personalized, instant-access window on your business world. Why wouldn’t any CEO or director worth their salt NOT want that?

The biggest challenge for Twitter and other social networks (even LinkedIn) is selling this value to the C-Suite. Too many people running businesses are stuck in very traditional ways of doing things. That’s what they learn in business school and on MBA courses. Most simply don’t know enough about social media to make an informed decision about whether it can help them or not.

I believe it’s our job to start educating them. The potential benefit is huge and would take social networking to a whole new level.

It may even require the creation of a new social network specifically for business leaders – but that’s a discussion for another day. For now, let’s concentrate on getting business leaders to see the benefits of existing platforms like Twitter and LinkedIn.