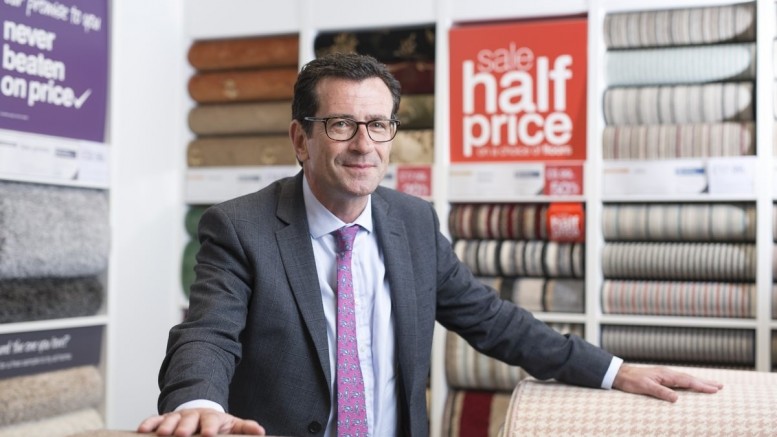 As part of a new series I’m picking an industry sector and highlighting industry leaders who stand out from the crowd on Twitter. I’m kicking off with retail.

Why do these CEOs tweet? What’s in it for them? There are many reasons: branding, recruitment, employee relations, ‘thought leadership’, marketing. Each CEO will have his or her reasons for ‘going social’.

All of them offer fascinating insights into their working (and often their social) lives – and the lives of their companies. Most importantly, they all display the features and qualities any self-respecting retail CEO should emulate, namely: transparency, honesty, openness, accountability and enthusiasm.

So, in strictly alphabetical order:

Martyn Cheatle, CEO of Central England Co-Operative (@MartynCheatle)
Martyn is quite new to Twitter but has taken to it with real enthusiasm. His main approach is giving ‘shout outs’ to employees and stores. Whether it’s a new store opening, staff training or a charity fundraising event, Martyn shares it all on his Twitter stream. He’s also very good at retweeting Co-Op staff – which must be a great incentive for employees to take to social media. None of this ‘no social media at work’ with Martyn. Follow him and you’ll have your finger on the pulse of the Central England Co-Operative.

Gary Favell, CEO of Bathstore (@gary_favell)
Gary doesn’t tweet much, and when he does it’s often about his beloved Saracens rugby team. Like everyone on this list, though, his is a genuine voice – and all the more enjoyable for it. He does of course tweet about Bathstore – whether it’s about a new promotion, a sponsorship deal or a moving offices – but it’s never over the top and he seems to find the right balance between business and pleasure. A sporadic tweeter, but definitely worth following.

Jacqueline Gold, CEO of Ann Summers (@Jacqueline_Gold)
“I believe all CEOs should really consider being on Twitter – why wouldn’t you want that direct interaction with your customers?” That was Jacqueline Gold speaking in a recent interview. To her, engaging with customers on Twitter is a no-brainer and an essential part of the way she does business. It’s not an add-on – it’s core to her positioning as a CEO. Her Twitter stream is an interesting mix of news about Ann Summers, inspiration for aspiring female entrepreneurs (she runs the weekly #WOW (Women on Wednesday) competition, plus a bit of football (she’s an avid West Ham fan). The Queen of retail on Twitter.

Wendy Hallett MBE, Founder & MD of Hallett Retail (@Wendy_Hallett)
Wendy Hallett is a genuine retail entrepreneur, having created an incredibly successful concessions, logistics and photography business. On Twitter, you can expect an eclectic mix of business and personal tweets. Whether it’s commenting on retail awards, gender equality issues, football (she’s a massive Arsenal fan) or a university reunion – she shares it all. Following her Twitter account gives you a real impression of the ‘real’ Wendy Hallett. As far as I can tell there’s nothing airbrushed or ‘PR approved’ in what she shares.

John Legere, CEO of T-Mobile USA (@JohnLegere)
“Magenta-wearing, customer-loving @TMobile USA CEO focused on ending wireless pain points & scaring our competitors! Also, #IamBatman”. That’s John Leger’s Twitter profile. He also has 3.3 million Twitter followers. This guy is like no other CEO I’ve ever come across. He can be rude, abrasive, opinionated, kind and funny all within a few tweets. He’s even had a Twitter spat with Donald Trump. And boy does he love sticking it to the competition (mainly Verizon Wireless). All of this has a very serious purpose, though, which is powerful brand positioning and an emphasis on customer service. You have got to follow this guy.

Catriona Marshall, CEO of Hobbycraft (@CatrionaMarsha2)
Sharing, sharing, sharing – that’s Catriona’s Twitter strategy. And it’s a great strategy. A bit like Martin Cheatle at the Co-Op, she likes to share tweets from Hobbycraft branches and customers. This is great amplification of the brand. She’s also unafraid of tackling awkward issues online, such as this on 2 November: “Customers are having a nightmare with contracted parking companies. Doing everything we can to help with wrong and unfair fines.” If I was a fed up customer I’d be pleased to read that tweet. She’s also not immune to commenting on her favourite TV shows.

Deryane Tadd, Founder of The Dressing Room (@DeryaneTadd)
Deryane founded the award-winning independent retailer The Dressing Room. With a single boutique in St Albans and a website, she uses Twitter to really punch above her weight and get herself – and The Dressing Room – lots of exposure and recognition. She’s a great example of a solo entrepreneur CEO who uses the power of social media to build her brand and turn The Dressing Room into one of the UK’s most respected independent retail businesses (with six Drapers awards). Her photos, styling tips and updates on what’s available through the boutique and on the website make her Twitter stream refreshing and fun.

Ewan Venters, CEO of Fortnum & Mason (@ewanventers)
When the CEO of a brand like Fortnum and Mason is on Twitter, you just have to follow, don’t you? Even if just out of curiosity. Ewan is less prolific than some of the other CEOs on this list – and much of what he posts is promotional (especially the Cook Book!) – but that’s not a criticism; it’s great to see a CEO actively promoting the brand in the way he does. I’d also recommend following his Instagram account (@ewanventers) for a great mix of images, ranging from sumptuous food to celebrity book signings. I hope to interview Ewan for my Social CEO series soon.

Roger Wade, CEO of Boxpark (@MrBoxpark)
With Boxpark, Roger Wade is a retail industry disruptor, bringing a refreshing ‘startup’ mentality to the sector. If you don’t know it, Boxpark is ‘the world’s first pop-up mall’, with all the units constructed from refitted shipping containers. Appropriately for a London startup, the first Boxpark site was in Shoreditch. While not particularly prolific in his Twitter activity, Roger’s insights are interesting and definitely worth reading, especially if you want the scoop on how retail is evolving. He’s an example of a CEO who ‘is’ the brand – having built it up himself. Roger is also proving to be an inspiration to young British entrepreneurs.

Wilf Walsh, CEO of Carpetright (@wilfwalshuk)
Another sporadic tweeter, Wilf’s tweets are actually quite funny. Whether he’s talking about horse racing (his other great love after retail) football (he’s a long-suffering Exeter City fan) or complaining about his latest rail journey, he doesn’t mind sharing his take on the absurdity of life. He even tweets about retail occasionally. And, let’s be honest, you wouldn’t expect the boss of a carpet company to be that interesting, would you? A refreshingly open, honest and funny CEO.

Looking at the Twitter profiles of each of these leaders, you’re seeing the future of business. They are the vanguard of what, I predict, will be the norm for the CEOs of all retail organisations within five years.

As I said in my introduction, being a retail CEO is about being transparent, honest, open, accountable and enthusiastic. It’s about being out there, interacting with your public. All the CEOs in this list, to a greater or lesser extent, try to do that. They don’t always succeed, but at least they’re trying.

In this article I’ve only discussed Twitter, but Facebook is also an immensely powerful platform – arguably even more powerful than Twitter for small retail businesses with a local customer base. Many more people are on Facebook than Twitter – engage with them effectively and you’re on to a winner. But that’s a discussion for another time!