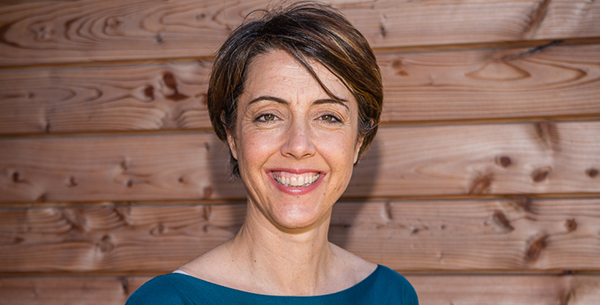 Our Social CEO interview is with Kate Lee, CEO of  CLIC Sargent, the UK cancer charity for children and young people. In this no-holds-barred discussion Kate talks honestly and openly about the challenges and benefits of social media in her role at the head of the organisation. She admits that she may not always get things right, but that’s OK – it’s about being real.

The Social C-Suite: Kate, why did you decide to start using Twitter and what do you get out of it?

Kate Lee: I started using Twitter as a source of information, a tailored news feed for my own use really. I did that for several years before I started posting about things that matter to me – although I often feel my posts are a bit flippant. I am in awe of people like Polly Neate (@pollyn1), CEO of Shelter, who seems to always say the things I wish I’d thought of!

I get so much out of Twitter, though. I have made lots of connections – for example when I first met Bowel Cancer CEO @DeborahAlsina in person, it was like we’d known each other for ages as we debate on Twitter regularly. It was great because we were in a very uncomfortable NHS meeting.

The absolutely best thing about Twitter is when someone we’ve helped drops me a tweet about how they are getting on, or where I see some crazy fundraising going on. It makes me feel personally connected with the very tips of our work.

“Twitter makes me feel personally connected with the very tips of our work.”

Who do you see as your main audience on social media?

Stakeholders and supporters of CLIC Sargent, as well as people with an interest in childhood cancer more generally. I’ve widened who I follow from mainly cancer into broader youth work, politics and voluntary sector issues to try and balance my feed a little. It can be a bit much catching up on seven hours of childhood cancer posts.

Do you have a support network within the organisation to help you with social?

Yes, although they seem to spend their time rolling their eyes at my ineptitude. We have a really experienced social media team who control our corporate account (@Clic_sargent). You’ll notice that they rarely retweet me!

(Perhaps it’s time they did!)

What do you think are the biggest challenges (and opportunities) for charity CEOs to tap into social media – and Twitter specifically?

I hear fellow CEOs saying that time is a big barrier, but I have a long commute every day so it suits my lifestyle. It’s also an incredibly fast way to keep to touch, say thank you, recognise everything from staff and fundraisers’ efforts to other charities’ genius ideas that I wish I had thought of. I suspect if you’re not comfortable with social media, then the biggest hurdle is just getting started. In this article from Civil Society you say: “Fundraising is far more competitive and it’s crucial that a charity’s brand underlines its uniqueness and speaks in a voice which appeals to and reflects its audience and aims. Now is the time for us to be bolder and braver.” How important is the CEO being active on social media to a charity’s perception by the public (we could also say its ‘brand’)?

I feel it’s absolutely vital. One of the reasons I re-branded CLIC Sargent in 2016 was that I felt our very ‘soft’ social media presence just didn’t reflect the tough little fighters our children and young people (and as a result our staff) are.

“We’re privileged to speak for the families we support – they want us to be brave, confident and have integrity. This really does reflect how I tweet.”

We’re privileged to speak for the families we support – they want us to be brave, confident, have integrity and act as one team. This really does reflect how I think when I tweet. I try to appropriately challenge points that are wrong or unfair, particularly with policy makers. I take the space around childhood cancer in a confident way, I don’t comment when I don’t know and I’m highly collaborative. What is important is that when people meet me, or any member of the CLIC Sargent team in person, we do exactly the same thing.

Charity CEOs sometimes have to make some very difficult decisions. Closing Malcom Sargent House was obviously one of them. There was quite a lot of backlash, including this article in the Daily Record. You wrote about why you made the decision on the charity’s website and it was shared on the Facebook page (and most of the comments seemed to understand of your decision and were not angry). Did you receive any personal attacks on social media as a result of this decision? How did you handle it? Is dealing with criticism on social media simply par for the curse for CEOs these days?

The communications around the closure of Malcolm Sargent House were very carefully planned. What I think we did really well was agree I would front the decision and be very transparent and accessible right from the start. We agreed that full honesty and ‘remaining myself’ were going to be important and that I would keep an informal and open style. We planned how to use social media as part of our overall strategy. We prompted every difficult question and I put the answer out before it was asked, including doing a one hour Facebook live ‘ask me anything’ session, which was bedlam.

I have incredibly supportive team around me, including my Board. The high levels of personal criticism at the start was actually fine. It is hard for people to sustain being angry when you agree with them that the decision is terrible – but letting down 7,000 other young people with cancer would be worse.

Given that we had financial problems at the time, the obvious thing to ‘attack’ on social media was my pay, which I had to publicly defend. That was really hard because it ‘muddled’ two important but separate issues. I have a very strong set of views about pay which I’ve blogged about in the past, but the Malcolm Sargent House closure wasn’t the right time or space for me to take a defensive stand, so we agreed to side-step the issue during that period. I felt compromised about not being totally transparent and addressing it. It’s one of the challenges of social media that you have a clear ‘history’ where is it potentially very easy to point out how you have contradicted yourself.

Bearing in mind that the CEO is often the one in the firing line, do you have any sympathy with those CEOs who are afraid of Twitter? Can you understand their reluctance to stick their heads above the parapet, or do they need to get over it and accept that this is the nature of modern leadership?

If I’m honest, these days if your head isn’t above the parapet it’s probably in the sand. People can air their views – positive and negative – and whip up a storm on social media, whether you’re present or not. You do need to defend yourself and your position, or apologise – but take advice and don’t do it tired or angry (good general advice for life!).

“These days if your head isn’t above the parapet it’s probably in the sand.”

I believe there is usually an opportunity to use conflict to make your point gracefully and then bow out. I constantly think, “can I defend the decisions I am about make on Twitter?” This is good practice, but also stops me being too risk-adverse.

What are the implications for leaders not engaging on social media? Does it matter if they don’t?

Social Media is a fab tool for internal engagement as well as with external audiences. For example this tweet:

It created high levels of internal interest because our managers didn’t even know the survey results were back – they thought they had missed something, so it created lots of energy! To not use social media is to miss out on engaging with your audience, learning best practice, and on many opportunities to meet people, to say thank you and to acknowledge all that is amazing in our sector.

If you could give advice to other charity CEOs who are reluctant to embrace Twitter, what would it be?

I think the challenge is trying to work out what being a digital CEO means for you. I have a very informal, personal style. I’ve been told some of my tweets only make sense if you know me and know my sense of humour, so I have to constantly remember that there are people that only have a relationship with the CEO of the UK’s largest children’s cancer charity through Twitter and therefore won’t understand my sarcasm or if I’m being ironic. This tweet is a good example:

However, this is the authentic me. What’s the point of using Twitter to increase your organisation’s transparency if you present a ‘social media face’?

I know some CEOs who feel Twitter is just too public a record for them. They worry about going for future roles and their Twitter feed being poured over as part of the process, but I suspect that in the future, having no social media presence will be worse. I think I’m getting a good balance without being too inane, but I do wish I was a little braver. Recent news does make you think, “goodness what did I post five years ago that might come back to haunt me?” Your tweet history doesn’t age and mellow with you! I have a 15 year old daughter who is extremely social media savvy and who lecturers me constantly about my digital tattoo. I also never tweet drunk!

I’d go for Number 8: encourage staff to use social media too – I’ve really tried to lead on this at CLIC Sargent. I’ve built it into the job descriptions and person specifications of our Executive and Associate Directors to have a social media presence. We’ve also done quite a bit of training. I ask them constantly how they know that they are cutting edge if they don’t know where the edge is? Their social media profile is a great way of answering this!

I was very proud that one of them, Clare Laxton (@ladylaxton) who won the #SocialCEO rising star award. Another director, Paul Gathercole (@paulmgathercole) only joined Twitter last November following some in-house leadership training and is now an absolutely convert!

All staff need the comfort and support to have a go and take some risks on social media without too many rules – in this way we can extend our CLIC Sargent message. I hope my role-modelling has helped with this.

We think your role-modelling has most definitely helped, Kate! Thank you for being so honest and open about the challenges you’ve faced being a Social CEO. It’s not just your own Executive team that can learn from you, but all CEOs.