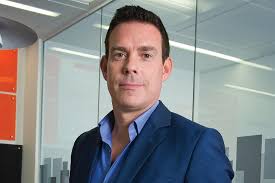 This week my Social CEO is Paul Frampton, CEO of Havas Media Group UK and Ireland. Paul is a well-respected and genuine thought leader in a world awash with fake gurus and experts. Here he talks frankly and at length about the value he gets from social media and how he envisages the social landscape evolving over the coming years.

What value do you get personally from using social media (particularly Twitter)?

Twitter is an essential part of my working day. It obviously plays a significant role in keeping me connected to the pulse of what’s happening in the world of marketing and technology, but that’s only part of it. Equally important is the role it plays as a storytelling platform for Havas and how it helps us convey our culture. On top of that, it’s a superb vehicle for expressing our employer brand to new talent.

“Twitter is an essential part of my working day.”

Twitter helps me connect with like-minded leaders and learn from them while enabling dialogue with both clients and Havas’ talent. With a team of 750 spread across five buildings and three cities, I use Twitter as a means to “share out loud” what I and the business is focused on every day. Twitter and LinkedIn are also fantastic test beds for sharing new ideas and concepts – I’ll often share my initial thoughts on something to gauge feedback from my social community and the immediate feedback is priceless.

We’ve actually built on this powerful insight by launching a work social platform called ‘Jostle’ across Havas in the UK. Jostle has become the digital expression of our #havastogether values and a ‘sandpit’ for our people to share good work or interesting thoughts, ‘shout-out’ or just get to know more about colleagues.

Lastly, social helps to give nascent ‘movements’ more momentum – I have a lot of interaction with other influencers who are keen to make strides in the diversity space, for example, or by helping startups play a bigger role in evolving marketing strategies.

You wrote in an article last year: “I truly believe that the ‘social business’ and the ‘social CEO’ will become the norm in years to come.” Does this apply to all CEOs, regardless of industry sector or business size? What are the drawbacks for CEOs not being present on social?

I absolutely believe it does. By 2020, 50% of the workforce will be millennials and their expectation is for leaders to be more accessible and authentic. Social makes a CEO accessible and closer to their workforce, most of whom will have no real contact or insight into their CEO. In a world where leaders need their talent to follow and believe in their strategy, this is essential. Talent can only follow if they are aware of and understand a leader’s vision – social is unique in that it offers tools for leaders to express their thoughts, perspectives and beliefs openly and authentically on a daily basis.

“By 2020, 50% of the workforce will be millennials and their expectation is for leaders to be more accessible and authentic.”

I also believe social has a powerful ability to show the human side of a CEO – different platforms can do this in different ways. Instagram and Snapchat are platforms that should be more fun and visual, while Twitter and LinkedIn lend themselves to blogs that give insight into the person behind the CEO badge: family, interests, background, etc.

Today’s CEOs exist to serve their talent and do their very best to create the right environment to allow people to do the best work of their lives while still enjoying their ever more demanding working lives. For me, this service needs to be evident and shared on a daily basis, and again social allows CEOs to express this succinctly to a wider cross section of the workforce than any staff meeting or email will achieve. Nothing can replace face-to-face contact, but social is an added layer that offers greater frequency. Just jump in and start! You’re not alone in fretting about how best to use social, but increasingly you will become part a smaller community. I only really started using Twitter three years ago and now I’m considered someone who knows what I’m talking about. As with most things in life, it’s always better to start earlier than put it off. The best piece of advice I can give is to be as “human” as possible – feel free to express that you are new to this and testing out different approaches. Social is all about feedback and not broadcasting, so don’t be shy to ask for input and feedback from the community. As with most communities, it’s as much about giving back as it is about taking.

“Be as human as possible. Feel free to express that you are new to this and testing out different approaches.”

In another recent article you talk about social media moving “from conversations & discovery to curated content to commerce”. Can you summarize your thoughts on that?

It’s a complex topic so I recommend people read the longer article as it explains in more detail. To summarize, though, the rise of Facebook and its many social touch-points such as Instagram, Messenger and WhatsApp enable it to play a role along the journey a potential customer takes in selecting a brand to transact with.

Video or visual-based advertising on Facebook and Instagram drive discovery and consideration; Facebook has now positioned its messaging platforms as environments where commerce can occur more seamlessly without the need for endless back and forth on registrations and delivery emails. A link to Messenger or a ‘buy now’ button on Instagram or Pinterest means discovery is just one click away from purchase. Social platforms also pick up many different data signals that can help inform not just future content consumption behaviour, but future purchasing behaviour and, increasingly, mood.

The scale of the audience in social combined with all the tools to create intrigue, to convince and ultimately to enable a purchase, puts platforms like Facebook in a strong position for the future.

Where do you think Twitter is heading? It’s not making money and not attracting new users and a lot of people think it’s next in line for an acquisition.

I’ve yet to see a convincing answer to this question and don’t believe I have one either. Facebook and Google dominate ad revenue, taking around 50% of every mobile $ spent on advertising. They are wholly centered on creating advertising revenue. Twitter has always had a more ‘genuine’ purpose – that of bringing people together around a moment or event and enhancing that experience. However, its organic strengths tend to work against it when it comes to sweating ad revenue per user. Saying that, the fact that Twitter has an audience of a billion users on and off the platform is a seriously underutilized strength today.

“Twitter continues to have a strong role to play but it needs a killer development, not just more small tweaks around the edges.”

Periscope was smart and felt like a space Twitter could own but it has fast been blown out of the water by Facebook Live. Twitter needs to focus on owning a space that only it can occupy and do best at, and I think it’s still searching for it. Whatever that space is, it needs to be short-form and focused around micro moments. With the market increasingly going that way I believe Twitter continues to have a strong role to play but it needs a killer development, not just more small tweaks around the edges.

As the CEO of a media company, how do you view LinkedIn Pulse as a publishing platform?

LinkedIn has certainly successfully pivoted to become more of a publishing platform and in the last year I’ve spent more time (arguably some of which would have been spent on Twitter) blogging and publishing here. Pulse is easy to use and gets good interaction – it feels like a good space to test a longer-hand thought piece and get feedback. There are also many inspiring influencers on the platform.

“LinkedIn should also be revolutionizing the concept of social selling but sadly I feel it’s largely still on iteration 1.5.”

My problem with it is that my inbox remains inundated with spam and that takes away from the positive experience of engaging with content from other influencers. LinkedIn should also be revolutionizing the concept of social selling but sadly I feel it’s largely still on iteration 1.5. It’s intriguing to see how Microsoft’s involvement will change this – I would expect to see a slicker user experience and richer cloud-based services being bubbled up to users informed by artificial intelligence. The two companies’ combined purpose to enable the world’s professionals to be more productive and achieve more is a great one – but the current product is far too pedestrian when benchmarked against this.

Apart from Twitter and LinkedIn, are you on any other social networks (either for business or personal use)?

I use Instagram, Pinterest and Snapchat. Instagram is predominantly for sharing personal pictures with friends and family, while I’m increasingly using Snapchat to share short video snippets of things I’m doing during the working week. Snapchat is fascinating because it starts with recording video, not with text – this is the new language of younger audiences and is another evolution that CEOs really need to get their heads around. Our global CEO Yannick Bollore is in his late 30s and uses Snapchat every day, so I feel like I’m connected to him on a more personal level.

If you had a crystal ball, what do you think the social media landscape will look like in five years’ time? Will Twitter and LinkedIn still be there in some form? What other networks might evolve and become popular?

Social media will continue to grow and morph. It is most certainly not going away. Social leadership, social selling and social communities are therefore all critical.

Facebook successfully pivoted from desktop-first to mobile-first and has made exceptionally shrewd acquisitions. The tech foundations that Zuckerberg has built – the sheer scale and cash to acquire potential competition – means one would be a brave man to bet against him. He has also laid out a ten year plan so Facebook knows where it wants to go and is already planning for that – unlike most businesses.

I would be surprised if LinkedIn still existed in its current form in five years. I think it will either wither away or have to pivot to serve younger audiences looking for professional careers with very different expectations. There will be most certainly be new startups that challenge LinkedIn in this space.

My gut feel says that Twitter will be acquired by one of the big tech or content players within the next five years and a new strategy will emerge.

Paul’s reasons for using social media (especially Twitter) chime with those of previous CEOs interviewed for this series. In fact there’s a remarkable consistency in responses that aligns with the values associated with modern leadership, namely:  openness, transparency, authenticity, accessibility and communication. None of these CEOs lock themselves away in the metaphorical corner office; all are accessible to anyone – employee, customer, competitor – on social channels, and they like it that way. They understand the value of being tapped into an open, global network. This network, rather than seen as a threat, is instead seen as an amazing opportunity to lead in a new, open and transparent way. These CEOs are the vanguard and, as Paul says, those who hold back will soon be part of a smaller community.