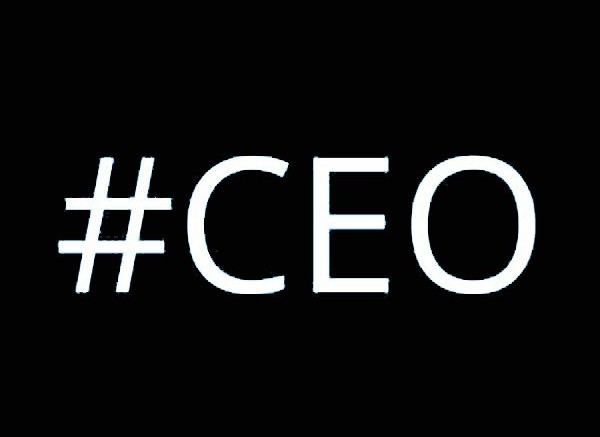 The recent Signal Social CEO Index of Canadian CEOs found that almost half had no social media presence whatsoever, and only seven percent are on Twitter. This figure is roughly reflected in the USA and UK.

It’s perhaps not surprising that so few CEOs tweet. What’s more interesting, to me at least, is discovering the characteristics of those CEOS that do use Twitter.

To find out I decided to go straight to the source and speak to the CEOs who actively use Twitter to discover if they share any similar traits. Over the past year I’ve interviewed over 20 CEOs from sectors as disparate as banking, sport, charities, retail, PR and healthcare. Unsurprisingly, perhaps, many do share the same characteristics.

So, what are these characteristics? What singles them out as social leaders?

Mindset
All the CEOs I interviewed have the same mindset – one that doesn’t see the social age as a threat, but rather as an incredible, valuable opportunity. The all instinctively understand that the rules of the game have changed utterly and that old-school ‘command and control’ and ‘hiding in the corner office’ behind an executive assistant firewall just doesn’t wash with employees, customers, supporters or investors. The value is in the community.

They love Twitter
Some of my interviewees aren’t even on LinkedIn – but they all love Twitter. LinkedIn is passive, but Twitter is dynamic – it’s where things happen in real time. It’s a platform where leaders can truly show their social credentials. As Dionne Lew says, Twitter is the global brain. Why wouldn’t every leader want access to that?

Transparency
Being on social media – especially Twitter – requires transparency. Having a basic profile but not sharing information about yourself, your organization or your industry isn’t very transparent. It’s only by opening up in this way that leaders can remove the façade of elitism and get closer to stakeholders and employees. Jack Salzwedel, CEO of American Family Insurance, is a great example of this.

Interesting
It’s no good simply sharing boring, pre-approved corporate PR. All the CEOs I’ve interviewed make their posts interesting, mixing in corporate messages, comments on business and social trends – and often tweet about their hobbies and interests. This shows them to be real human beings who their customers, supporters and workforce can relate to.

Engagement – externally and internally
Social media – especially Twitter – is all about engagement and conversation. Peter Aceto, CEO of Tangerine Bank in Canada, says: “I’d rather engage in a Twitter conversation with a single customer than see our company try to attract the attention of millions in a Super Bowl commercial.” Talking to his customers on Twitter helps him – and his brand – stand out from the competition. That’s his USP.

Just as important as external engagement is talking to your own workforce on the social channels they use, be that Twitter, LinkedIn, Facebook or an enterprise social network. Having a CEO who talks to his or her staff, asks questions, solicits feedback – and listens – this is powerful stuff. Again, look at Jack Salzwedel or David Barker, CEO of Crohn’s and Colitis UK, as great examples of CEOs who get this right.

Humble
Humility online is important. I have to admit, however, that not every social CEO displays humility. Take a look at John Legere, CEO of T-Mobile America, who describes himself as “a vocal, animated, and sometimes foul-mouthed CEO.” No shrinking violet, Legere is focused on extreme social selling – but he’s an exception. All the leaders I’ve interviewed display a degree of humility in their online personas. Many talk about their employees – publicly acknowledging their achievements. Even John Legere does that.

Fearless
Social media is public – that’s its beauty and its power. There’s no point in a CEO ‘going social’ if they’re afraid of public engagement.

Passionate
Leaders are passionate about their organizations, their industries, their causes, their stakeholders. If not, they shouldn’t be leaders! It’s vital to let this passion and enthusiasm shine through on social media. It’s infectious and people respond very positively.

They ARE the brand
As the CEO you’ll make an extremely powerful personal statement about yourself and your organization by being a social leader. My interviewees all use social media (especially Twitter) to their advantage by embracing it and being their brand online. John Legere of T-Mobile America is the brand’s biggest and most enthusiastic ambassador – and his 3.7 million (and counting) Twitter followers love him for it. It’s also a great recruitment tool.

Five CEOs in their own words
Don’t just take it from me. Here are quotes from five of the CEOs I interviewed.

“Social media supports a CEO’s critical role in being the face, and in many instances the voice, of the brand”

“If you want bright people to join you, it makes total sense to ensure you have a digital breadcrumb trail and can be easily found.”

Jan Owen, CEO of the Federation of Young Australians (@JanOwenAM)
Jan is doing amazing, inspirational work with young people and uses social media to stay up to date with ‘the zeitgeist’.

Brett Gosper, CEO of World Rugby (@BrettGosper)
A former professional rugby player, Brett has transformed the image of World Rugby (formerly the International Rugby Board) from one of ‘regulation’ to ‘inspiration’. Coming from an advertising background, he describes himself as ‘a comms person heart.’

“Social media is like a rich and continuous focus group informing us of opinion on all aspects of what we do.”

Paul Frampton Calero, CEO of Havas Media UK & Ireland (@Paul_Framp)
#HavasTogether is the company’s hashtag. Paul is a is passionately committed to engagement, community, togetherness and wellbeing for the entire Havas community.

“By 2020, 50% of the workforce will be millennials and their expectation is for leaders to be more accessible and authentic. In a world where leaders need their talent to follow and believe in their strategy, this is essential. Talent can only follow if they are aware of and understand a leader’s vision – social is unique in that it offers tools for leaders to express their thoughts, perspectives and beliefs openly and authentically on a daily basis.”

The Social CEO Imperative
A social CEO is one who has, metaphorically, moved from the corner office into the lobby. By relocating, he or she can now see customers, partners, supporters, employees and competitors come and go; hear their conversations, their gripes, their needs, their aspirations. You don’t get that kind of exposure if you’re locked away from the real world with an executive assistant guarding the door (and your e-mail).

Not enough leaders understand this. Too many still close the door, assuming – because of their position of authority – that they’re somehow unique, that their ideas are more valid than anyone else’s. They work harder, for longer hours, so they know best. No – they don’t know best. Not in the social age.

Today’s most effective leaders have a different mindset. They are open, authentic, humble and brave – and they engage honestly and openly.