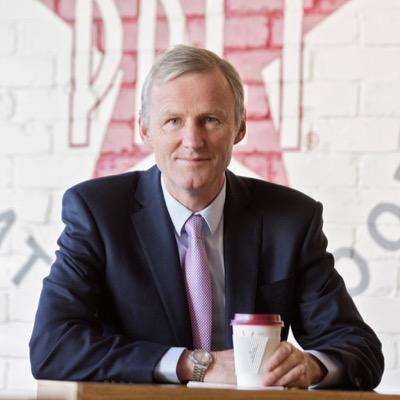 That should be Clive Schlee’s introduction on the Pret a Manger website. As CEO of the organic coffee and natural food chain, he is immediately visible on the homepage via a link to his CEO blog and, from there, a link to his Twitter account.

For Pret, putting its CEO front and center is a deliberate strategy to make him accessible and accountable to the company’s customers and employees. The company positively encourages people to follow the CEO on Twitter and engage with him.

I think this will become increasingly the norm in the next few years, especially for consumer brands. A recent poll by G&S Business Communications and Harris Poll found that 64% of Americans expect senior business leaders to be active on social media – and they prefer them to share business information, not personal anecdotes.

The research also found that: “Four in 10 Americans follow senior leaders on social media and what senior leaders communicate shapes how the public perceives the reputation of the company. This is incredibly significant from a corporate communications stand point in terms of building reputational equity, influencing stakeholder behaviour, and drawing on that equity in times of crisis.”

Pret gets this. Through Schlee’s blog and Twitter account the company is giving its customers and stakeholders the information they want: the company’s vision, products and services (and the occasional tweet about the importance of good grammar, of course).

Interestingly – like a number of CEOs I’ve featured recently – Schlee doesn’t use LinkedIn. He has a basic profile – and I mean basic. Personally I’m not sure why he even bothers – perhaps he’s planning to flesh it out one day. The fact is, most of his customers probably won’t look for him on LinkedIn – not if they want to interact with him or ask him questions. LinkedIn is too slow and clunky for that. Twitter is where the real interaction happens.

As Social CEOs go, Schlee is pretty high up the scale. He’s visible, available and open. If only more consumer brand CEOs were that approachable. If you’d like to read more about him, The Independent newspaper ran an interesting feature recently.