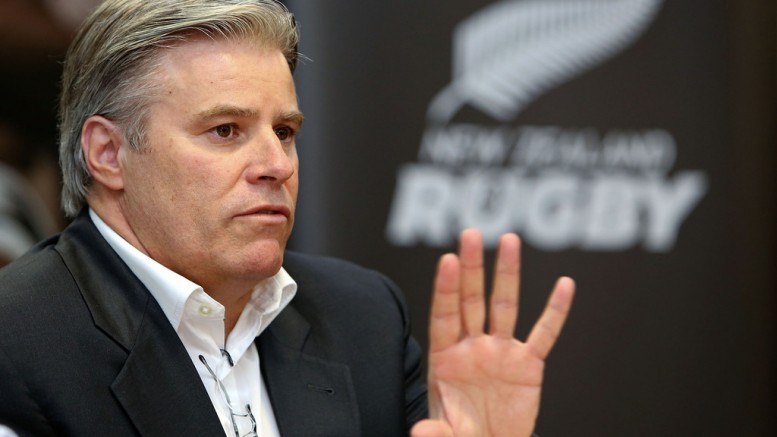 I’m delighted to interview Brett Gosper, CEO of World Rugby, as part of my Social CEO series. A former advertising executive, Brett is a ‘comms person’ at heart and is very comfortable using social media to help spread World Rugby’s message to a global audience. Since his appointment in 2012 he has also transformed the role of rugby union’s governing body from one of ‘regulation’ to ‘inspiration’.

The interview is in two parts. We start by discussing social media and how it has impacted on Brett’s leadership style and the way World Rugby interacts with stakeholders. We then go on to talk about Brett’s vision for the future of rugby as a global, mass-participation sport.

If you want insights into modern leadership, social media and sport, this is a great place to start!

Brett, soon after you were appointed as CEO of World Rugby (or the IRB as it was then known) you spoke in an interview about transforming the organisation from “international secretariat to cheerleader for the sport”. Was that transformation inspired and driven by you?

Our mission is to grow the game of rugby globally. Robust but sensible regulation is a means to that end, but so too is inspiring our target audience. My impression on arrival at the then IRB was that in an age where we were fighting to be seen and heard in a crowded landscape of sporting and entertainment alternatives, our approach and focus needed rebalancing with a shift from ‘regulation’ towards ‘inspiration’.

In the same interview you spoke about the value of ‘earned media’ (particularly as World Rugby’s comms budget isn’t huge). You certainly seem to take a very hands-on approach to spreading the word. Is ‘Chief Executive Officer, Communicator and Evangelist’ a fair reflection of your role?

It is part of my role and part of the role of anyone in our leadership team, from Chairman, Vice Chairman and the World Rugby management team. Some prefer to give speeches, media interviews, write articles…others are also comfortable with social media. The great thing is that there are now so many channels and tools to communicate with our audiences.

A quick look at your LinkedIn profile shows that marketing and advertising are your ‘top skills’ based on recommendations. Are you still a comms person at heart?

I worked in advertising for over 25 years, advising multinational brands on their local and global consumer-facing communications. I am a comms person heart and soul but my views are always anchored in the reality of the business and the product truth behind a brand.

Research by eMarketer in 2015 showed that social media was the number one digital content platform for UK rugby fans. How has World Rugby adapted its comms approach as a result? Does this affect the way you operate on social media?

We are more focussed than ever before on developing strong relationships with our existing and prospective fan base through the creation of engaging content (relevant, interesting and entertaining). We operate across multiple social media platforms in multiple languages and believe that our global presence/impact in social media versus other global governing sporting bodies is second only to FIFA in terms of engagement rates and audience growth.

From a leadership point of view, how do you think this mass participation on social media has moved the goalposts in terms of ‘controlling the message’?

We have gone from the ‘feeling’ of controlling the message to a world of ‘messaging management’. This is about transmitting, receiving and adjusting – adjusting the message (to make it more accurate and compelling – but also adjusting our responsiveness as an organisation to the demands of full transparency and the speed of consumer reaction. Bill Gates referred to it as business at the speed of thought!

During the Rio Olympics you were very enthusiastic about Sonny Bill Williams’tweets and photos with famous athletes like Usain Bolt. Do you think this played a part in raising the profile of rugby?

We are fortunate in rugby to have inspiring and charismatic athletes who also like to engage with their fan base. For those who know rugby, Sonny Bill Williams is a great example of someone who conveys the magnetic values of our sport. When high profile rugby players like Sonny Bill interact with personalities outside of rugby it raises rugby’s profile and creates interest in our sport for new audiences.

“Accessibility, transparency and accountability are the pillars of modern business”

You’re certainly a strong advocate of social media and have a very visible Twitter presence. How important is it for you, as CEO, to be active in this way?

I obviously think it’s important because I invest a lot of my time in maintaining a social media presence (disproportionately versus my modest following!). Accessibility, transparency and accountability are the pillars of modern business and even more so where your business has an active and passionate consumer/fan base.

Use of social media by a CEO, while not a guarantee of those pillars, is certainly a strong indication of the right culture. As a CEO I also value the wealth of opinions and strong feeling that one can gauge from social media. It is like a rich and continuous focus group informing us of opinion on all aspects of what we do.

How do you find the right balance between engaging with fans (and detractors) on Twitter? If you aren’t careful it could consume all your time!

A balance is important for time reasons. I engage where I believe the answer to the question or opinion I am reacting to would be of interest to a large number of followers.

Has social media (especially Twitter – where nothing it seems is private or sacred) changed your leadership style?

I do think it leads naturally to a more open style of leadership where more information is shared and wider views of your management team are more often solicited in a collaborative way.

I understand the reluctance as it’s not an easy forum to just jump into. However, if you are passionate about what you do and the sector that you work in, then you will find it easier than it seems. If you are not then stay away.

What are your ‘Top Tips’ for CEOs to get the most out of Twitter?

• Get on Twitter and first follow some other leaders or CEOs for a while before tweeting your own views. This will help you find your own tone and style.
• Though always tempting, avoid engaging with extreme and unusual viewpoints
• Remember that you are never just tweeting to one person, you are tweeting to all of your followers…. and theirs.
• You will make mistakes and regret certain tweets…. This is not a reason to give up.

The Growth of Rugby as a Global Sport

World Rugby is committed to the prosperity of the game at all levels and we continue to prioritise fixtures for our top 20 or so unions in order that they have strong levels of competition. Scotland toured Japan this June and Ireland will be there next year, while Georgia were unbeaten on their first-ever tour of the Pacific Islands.

There are also strong World Rugby-funded competitions such as the Americas Pacific Challenge, Nations Cup and Pacific Nations Cup that are important to our unions. There will be a good blend of matches between the top nations and emerging rugby nations in November and we continue to ensure that their needs are considered within global season discussions.

Six Nations promotion/relegation – this is a topic that comes up again and again. At the moment there’s a ‘glass ceiling’ in the European Nations Cup (the 2nd tier of European rugby), with teams like Georgia and Romania trapped and not able to progress and play European rugby at the top level. Some have proposed a playoff between the winner of the ENC1A and the last-placed team of the Six Nations. What are your thoughts?

The Six Nations is not a World Rugby event but we are, of course, in favour of any solution that provides additional competition opportunities for emerging teams. In the meantime we continue to be focused on delivering the best-possible annual competition schedule for the likes of Georgia, Romania, Russia, Spain and Germany in order that they can continue to improve on the world stage. This is combined with investment in these unions.

Rugby World Cup format – has there ever been any consideration to follow a Cup/Plate/Bowl format? This could arguably give lower tier teams like Georgia something to play for – because in the present format most tier two teams are on the way home after the group stages.

Rugby World Cup continues to demonstrate that it is an exceptional, compelling and competitive event. The Format for the next two events has been set, but we would not rule anything out moving forward. Our objective is to ensure that more teams have the ability to qualify for the quarters and more are in the qualification hunt.

“The Format for the next two events has been set, but we would not rule anything out moving forward”

World Rugby Council – while it’s great to see that George Nijaradze has been appointed from Georgia, the Council is still very much dominated by representatives of the ‘old’ rugby powers. Scotland and Wales, for example, both have two members, even though they are nations with very small populations. The Executive Committee is even less representative. Are there any plans to make the Councils more representative of the global game?

Under the new governance changes from this year there is now a clear pathway to the Council for ALL unions, which is really exciting. Under the new dynamic governance model, unions know exactly what good governance, participation and competition criteria they need to achieve to be considered.

We are committed to working in partnership with them to ensure that the roadmap is in place for each union to be in the best-possible position, for example the Pacific Islands, where we are working in collaboration with the unions to implement the appropriate governance models.

“Under the new governance changes from this year there is now a clear pathway to the World Rugby Council for ALL unions, which is really exciting”

Finally, in an ideal world, how would you like to see rugby union develop as a global sport?

We have seen participation double globally to 7.73 million since 2009, when rugby secured its Olympic Games return. Much of this growth has come from the women and girls who now represent 25% of players. We would like to see a further significant increase in this percentage.

We would also like to see strong development in geographies that will give us an investment return via higher Rugby World Cup broadcast revenues, for example in the USA, Germany, India and of course Brazil, where Rugby has benefitted from Olympic Games hosting.

A HUGE thanks to Brett for agreeing to take part in this interview. Those who know me also know that, apart from being passionate about the benefits of social media for leaders, I’m equally passionate about growing rugby union (the sport they play in heaven!) outside its traditional power base. I do this via the @GlobalRugby_ Twitter account and an associated LinkedIn group and Facebook page.

This article has given me the opportunity to kill two birds with one stone by getting Brett’s insights into social media and rugby. I hope everyone who read the interview the whole way through gained some valuable insights into both aspects!