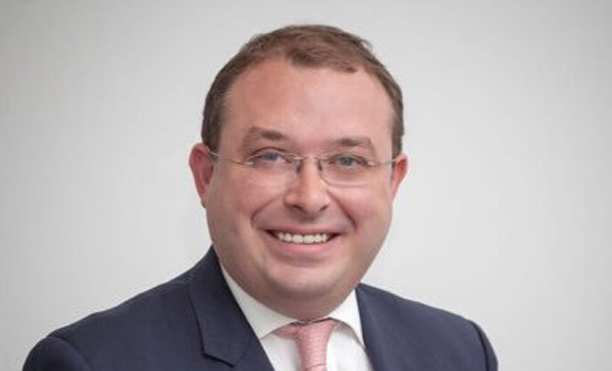 That headline is a quote from Francis Ingham, Director General of the PRCA and Chief Executive of the International Communications Consultancy Organisation (ICCO). Francis is the latest CEO I’ve interviewed for my ongoing Social CEO series. It’s such a choice quote that I just had to use it as the headline!

The PRCA is a UK-based PR membership body operating in 45 countries and representing over 20,000 PR specialists, while the ICCO is the voice of PR consultancies around the world, comprising national trade associations in 33 countries. Collectively the two associations represent over 2,500 PR firms globally, so it’s a real privilege to interview the man heading them both up.

Francis shares his views on how social media is affecting the PR industry and how CEOs need to adapt to these changes. He finishes off with some predictions about the future of PR.

Francis, how long have you been using Twitter? What were your primary motives for signing up?
Since 8th January, 2010. I was dragged into it against my will by my then colleague @Redahaq. Over 27,500 tweets later and I’m glad she bullied me into it!

Has the advent of social media changed the way you engage as a CEO?
Definitely. It’s made communication both quicker and far more human. I’d say that our members know vastly more about me and my views (for good or ill) than when they used to receive just a weekly newsletter. It’s certainly changed the balance of my day. It would be fair to say that I am now something of a Twitter addict.

“With social media, our members know vastly more about me and my views than when they received a weekly newsletter.”

What are the benefits of social media (particularly Twitter) for your personally as Director General of the PRCA and CEO of the ICCO?
As above really – speed and humanising. But also allowing me to make contact with many more people on a much wider range of topics than I ever could before.

How do you think social media is influencing the PR and communications landscape?
It has changed PR and communications fundamentally. I recall my old CIPR boss describing it as a ‘blip’. Well, it’s an awfully long-lasting blip. Agencies, in-house teams and individuals working in our industry without digital skills are dinosaurs inviting their own extinction. It’s speeded up the blurring of disciplines which has blatantly been to PR’s benefit, given our greater flexibility and speed.

“Agencies, in-house teams and individuals working in PR without digital skills are dinosaurs inviting their own extinction.”

In this interview, when asked what three words best describe you as a communicator, you said “always responding quickly”. Are platforms like Twitter forcing leaders and spokespeople to ‘respond too quickly’? Is there a danger of sometimes being too quick and saying the wrong thing?
Yes, yes and yes. There’s an expectation that we will answer 24-7 and speedily. When an organisation doesn’t fit that pattern, we damn them pretty quickly – and sometimes in the rush to respond, the wrong thing is said. We go too far; we tweet when we shouldn’t; we get things wrong. But with the exceptions of major major cock-ups, I think people are also quite forgiving of the odd rogue tweet – I’ve certainly been guilty of mistakes.

What would you say to CEOs who are afraid of social media (especially Twitter)? Can you sympathise with them, or do they need to get over it and accept that this is the nature of modern leadership?
Get over it. It’s part of modern business life.

“CEOs afraid of social media should get over it. It’s part of modern business life.”

Following on from the question above, in the social and digital age is it now the CEO’s job to be the ‘face’ of the brand, even if they don’t particularly want to be?
Yes it is. The CEO is the face – and they have to be a human face too. We expect them to reveal more than just their annual report – we expect them to let us into their private life, even if they don’t feel comfortable doing so.

What are the implications for CEOs not engaging on social media?
Being seen as aloof; uncontemporary. If Popes, Presidents, and Prime Ministers can be on Twitter, then CEOs can too.

“If Popes, Presidents, and Prime Ministers can be on Twitter, then CEOs can too.”

How do you think the PR landscape will evolve over the next 10 years?
Bigger – growing in every region of the world. More influential – taken increasingly seriously by CEOs. Better paid – if we can crack evaluation (see below) we can finally start charging something approximating to the value we deliver.

AVEs* – yes or no?
Hell no! Not only is it demeaning to measure our industry by the metrics of a different one, but AVEs are also meaningless. Big numbers, plucked out of nowhere, signifying nothing. The industry can, and must, do better. AMEC’s work here has been vital and continues to make great strides forward.

(*AVEs, or Advertising Value Equivalents, are an outdated way for PR practitioners to measure the value of PR coverage. In this article, Stephen Waddington, Partner and Chief Engagement Officer at Ketchum PR, discusses alternatives).

Huge thanks to Francis for taking part in this interview. I’m sure everyone in the PR industry – and anyone interested in the future of leadership – will find it interesting. I hope so!

That’s my aim – to provide regular, contemporary insights from CEOs and leaders from across the spectrum. No industry or sector is ruled out, so if you know someone you think I should interview – or if you’re a leader who’d like to be interviewed – get in touch. The best way to contact me is via Twitter (@DamianCorbet or @TheSocialCsuite). Tweet me and I’ll respond!